We do not offer food. Here’s where you can find food.

Basketball fever hit the Bay Area with the Golden State Warriors advancing to the NBA finals against the Cleveland Cavaliers. In what has now become an annual tradition, SF-Marin Food Bank, Alameda County Community Food Bank and the Greater Cleveland Food Bank set out to prove who had the most generous fans in their Food Bank Finals.

The three food banks set a combined goal of raising $50,000 by the end of the Finals. Bay Area food banks engaged with fans through social media, videos, and asking for donations matching Kevin Durant’s average points per game. Currently, Bay Area food banks have raised over $20,000 that will go to helping those who face hunger. 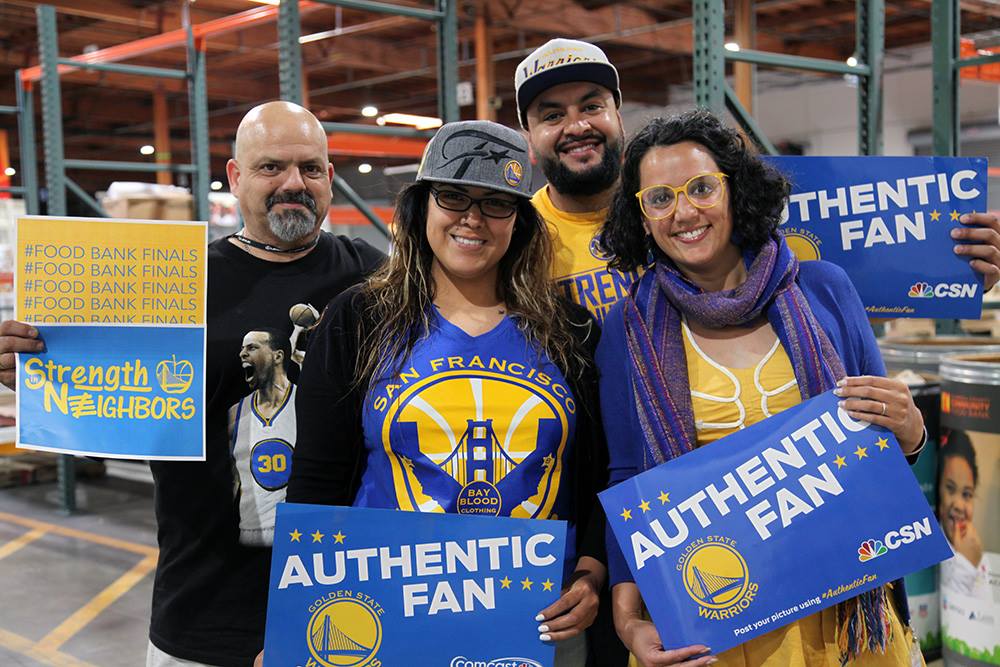 Fans weren’t the only ones jumping on board with the challenge, the Warriors invited employees from the food banks to set up a donation booth at Game 2 of the finals, shared posts on social media and promoted the challenge at home games. Mark Seelig, of SF-Marin, says that the partnership between the food banks and the Warriors has exemplified the campaign’s slogan of “Strength in Neighbors.” By working together with our communities, we can end hunger.

California Food Banks Launch Everyone to the Table: New Campaign Calling Californians to Join the Fight to End Hunger