We do not offer food. Here’s where you can find food.
No distribuimos alimentos. Encuentre comida gratis aquí.
我們不直接提供食物，但我們能幫助您找尋食物。 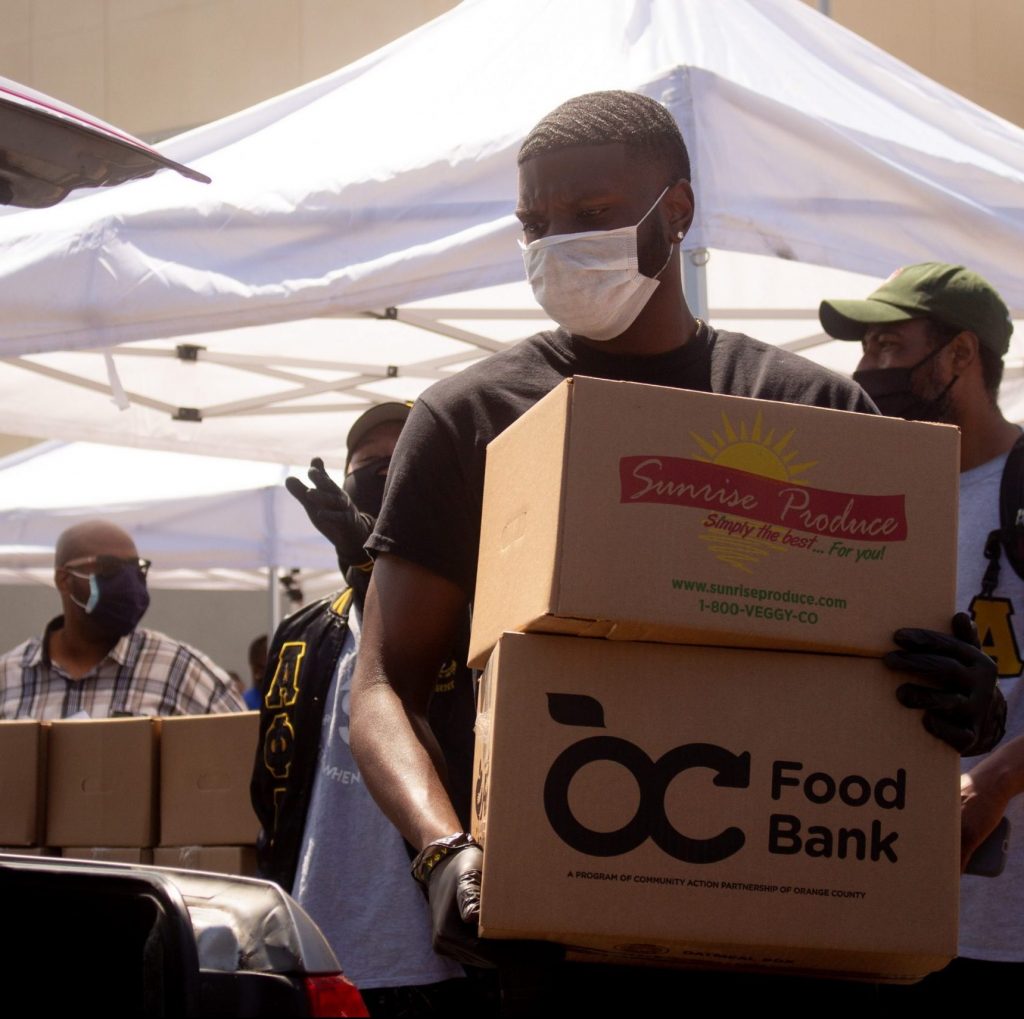 This week’s Member Monday feature is the OC Food Bank, which is run by the Community Action Partnership of Orange County. Over the past year, OC Food Bank has tripled their food distribution due to the ongoing hunger crisis stemming from COVID-19. Various helping hands have proved crucial to keeping up with pandemic demand, especially as their volunteer force all but disappeared overnight when the lockdown began.

In the early months, they were able to partner with Amazon in order to continue their Senior Food Box program; the partnership made it possible to deliver food to more than 35,000 individual seniors in Orange County. 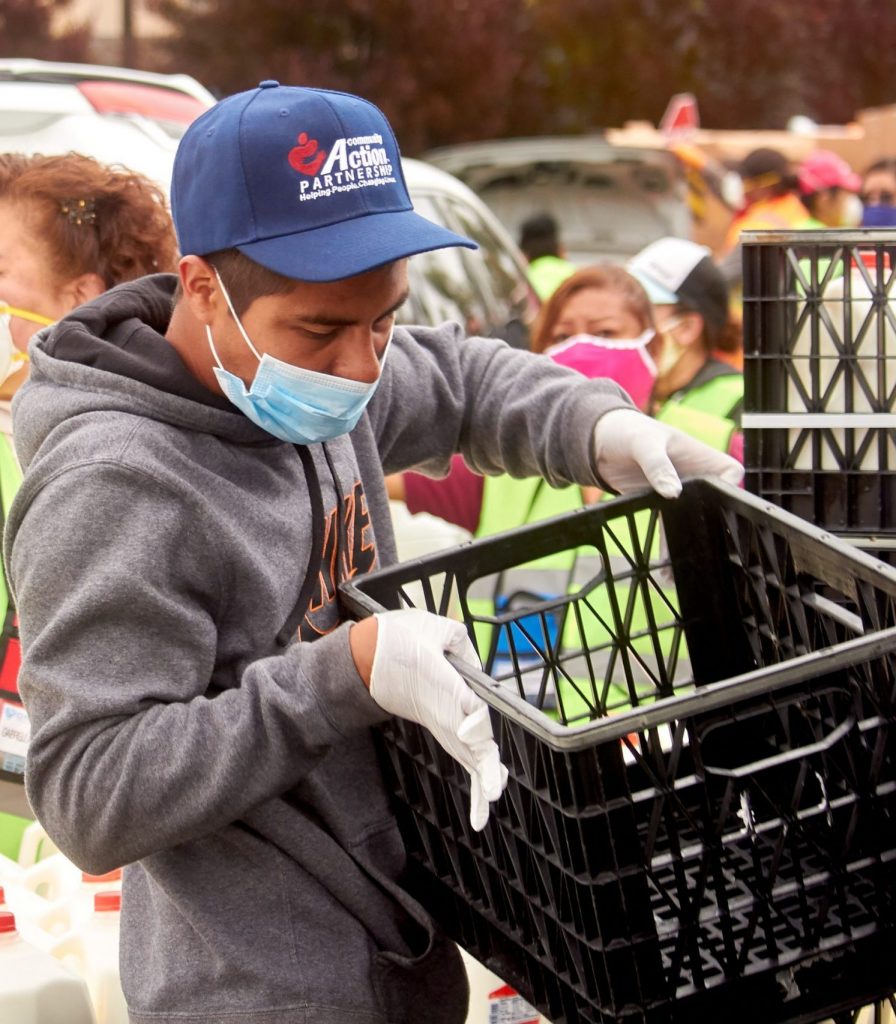 Next, they were able to partner with Team Rubicon, a non-profit disaster response organization that “unites the skills and experiences of military veterans with first responders to rapidly deploy emergency response teams, free of charge, to communities affected by disasters.” After several months, Team Rubicon moved on, their absence filled by the California Conservation Corps. Again, the Conservation Corps volunteers were only temporary, and were recently followed by the California National Guard.

And once the National Guard has to move on? “We’re seeing a growth in the return of individual volunteers,” states OC Food Bank Director Mark Lowry.

“It’s looking like probably early 2022 before we see the return of large group activities. So what we’ll be relying on are those unaffiliated volunteers, who continue to hear the message that the food bank still has elevated needs.” 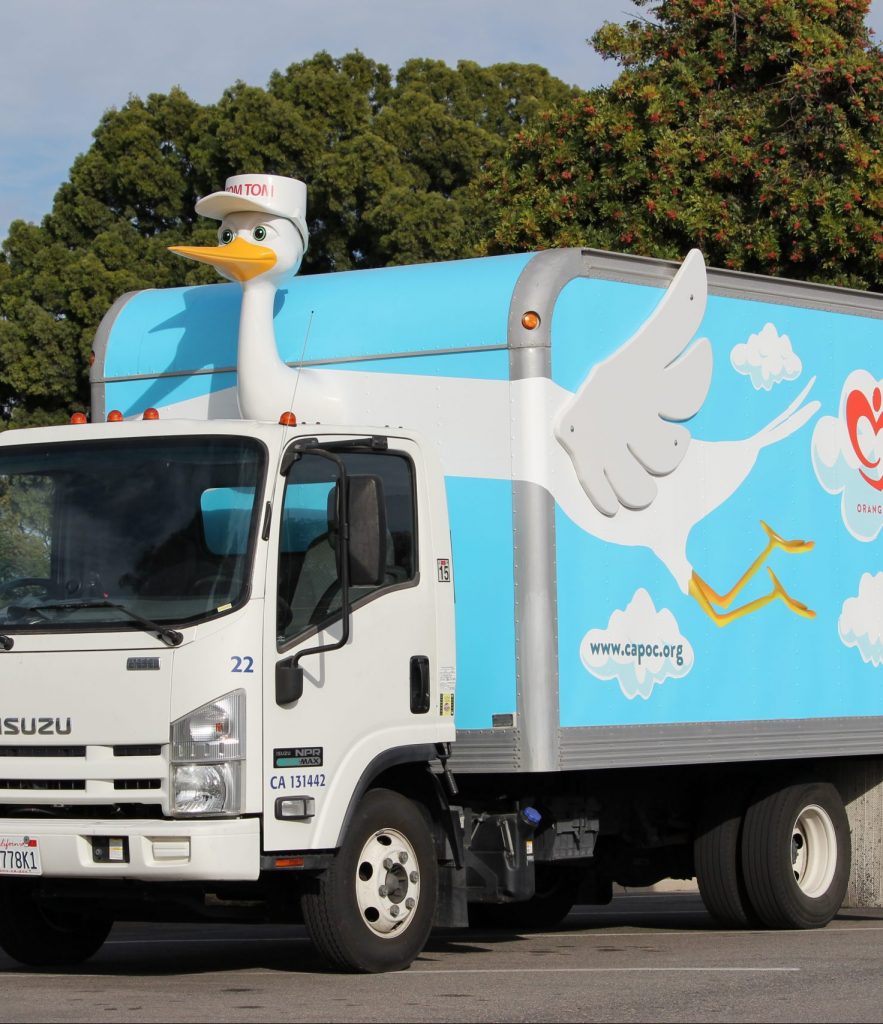 CAP OC also successfully opened their own diaper bank during the pandemic. “I’ve been doing this for 33 years,” continues Lowry, “and there is no single item for which I’ve received more calls, for which we were unable to satisfy the need, than the need for diapers.” CAP OC’s is California’s fifth diaper bank in the state. The unique part? Their mascot, “Tom Tom,” an enormous stork that might not deliver babies — but does deliver the diapers they need.

Another champion through this was the California Association of Food Banks. Through advocacy efforts, we had some victories at the state level and federal level. We were provided money to purchase food, and provided pre-assembled boxes of nonperishable food items, that we wouldn’t have had were it not for the advocacy work of the California Association of Food Banks.
Mark Lowry, Director, OC Food Bank 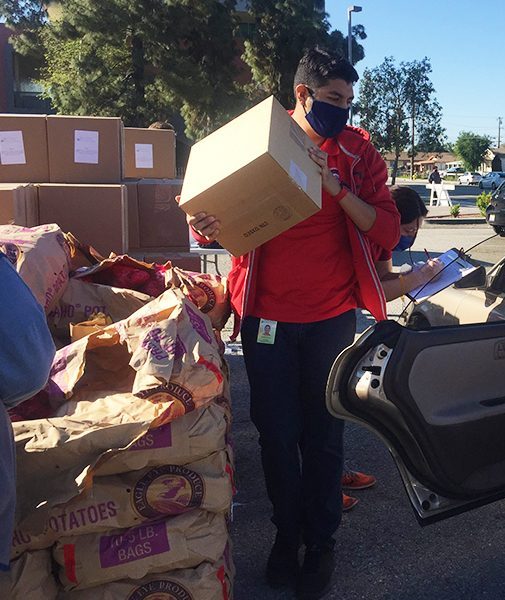 Though COVID-19 safety measures have changed the logistical operations of the OC Food Bank, they are still operating their traveling food pantry, Clementine! Clementine is more than just a deliverer of food. She serves the additional purpose of working to end the stigma of picking up food from a pantry or other food bank affiliate. A trolley that rolls into the neighborhood with music playing and bold colors flashing is not meant to go unnoticed. Clementine is meant to evoke the same feelings as an ice cream truck — a welcome sound for a welcoming source of food.

I’ve lived in Orange County for 50 years. I had been living alone, but had to take in my two children because they both lost their jobs during the pandemic. I found out about the OC Food Bank when they asked people to sign up for the programs. From there, I started to receive food boxes once a month. One thing that is important about receiving these boxes is that it saves me a trip to the market during the pandemic. It’s a safe feeling knowing there’s something in your pantry and you’re not hungry. That’s a way you’re saving people , by bringing the food. I just feel fortunate that there’s something there to make a meal.
Joan, OC Food Bank Client 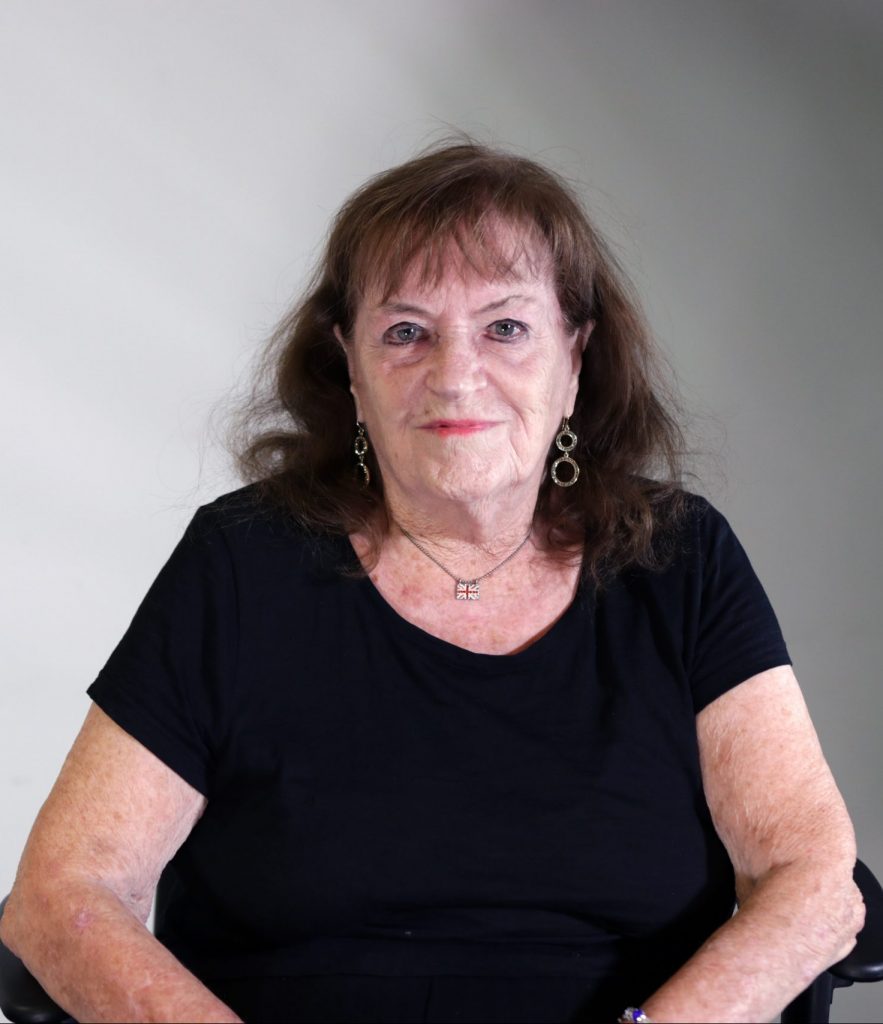 Reflections on the White House Conference on Hunger, Nutrition, & Health