We do not offer food. Here’s where you can find food.
No distribuimos alimentos. Encuentre comida gratis aquí.
我們不直接提供食物，但我們能幫助您找尋食物。

On May 6-7 more than 250 CAFB partners and allies in the anti-hunger movement joined us for this year’s sold-out Conference. The Conference featured a wide breadth of workshops, a Listening Session facilitated by California Department of Social Services, and two keynote speakers: award-winning journalist and immigration justice activist Sonia Nazario and Feeding America CEO Claire Babineaux-Fontenot.

CAFB Interim Executive Director Kathleen Odne, CAFB Board Chair Jim Floros, CEO of the Jacobs & Cushman San Diego Food Bank, and Richard Figueroa, Deputy Cabinet Secretary in Governor Gavin Newsom’s office, also took the stage to remind us of our collective mission to end hunger — and how we must all work together to make this mission a reality.

Cherie Jamason, former President and CEO and current Director of Ending Hunger Initiatives at the Food Bank of Northern Nevada, presented an award to long-time food banker and CAFB Board Treasurer Larry Sly. The award honored Larry for his 40-year commitment to serving the hungry residents of Contra Costa and Solano as Executive Director of the Food Bank of Contra Costa and Solano, a position he has served in since 1976.

In his remarks, Richard Figueroa, known to friends and colleagues as “Fig,” reported that Governor Newsom’s administration is working to fortify public health from a holistic perspective. Since people live multidimensional lives that require attention to issues spanning from economic security to food security to childcare — policy initiatives must reflect and honor these complexities.

Figueroa also expressed admiration for food banks as the final backstop of the emergency safety net, including during the government shutdown. As everyone who works in the food banking sector knows, food banks retain their role as a community resource long after public attention has shifted post-disaster. Figueroa also spoke to the Governor’s efforts to address the prevalence of hunger and homelessness among Californian students.

Keynote Speaker Sonia Nazario spoke to the complex, heartbreaking interplay between hunger and immigration justice, especially in regard to the child refugee crisis at our Southern border. Sonia expressed the anguish and precarity central to the migration experiences of Central American children displaced from their homes due to violence, corruption, and persecution. Sonia’s presentation drove home the point that women and children shoulder many of the humanitarian consequences of geopolitical crises, reporting that Central American refugees fleeing for their lives face the threat of sexual violence, as well as exposure to gang brutality, maiming, and death on their journeys north.

Sonia connected the refugee crisis, and the vulnerability of refugee children, to the statistics on hunger within the United States: 30 million adults and 10 million children face hunger, and one-fourth of all low-income children are anemic. She made reference to the low utilization of SNAP benefits in California, and emphasized that the decline in SNAP and WIC enrollment speaks not to heightened food security, but rather to the ramifications of anti-immigrant rhetoric and policy. Sonia concluded her presentation by referencing human goodness, the capacity to give something even when you have little.

At the reception on Monday evening, sponsored by the Stupski Foundation, conference attendees mingled over food and drinks as raffle winners were announced and CAFB Board Chair Jim Floros reminded us all of the Imagine No Hunger license plate campaign.

On Tuesday, Feeding America CEO Claire Babineaux-Fontenot spoke to her desire to build collaborative relationships between Feeding America and other hunger-relief organizations, in the spirit of partnership rather than competition. Claire suggested that the anti-hunger community needs to reorient itself toward serving the end person, not fostering intra-community rivalries. She spoke to the significance of positioning hunger relief as a “100% issue” — one that unites people from varied socioeconomic backgrounds and from across the spectrum of political identities. In the spirit of transparency and relationship-building, she devoted a significant portion of her presentation to taking questions from the audience.

Benito Delgado-Olson, founder and Executive Director of SupplyBank.org, asked Claire about building up strategies for solutions, and what food banks should do to address the dramatic increase in hunger. Claire responded that we should be celebrating everyone currently working to address hunger, building partnerships, and identifying the best, most effective ideas, then devoting resources to widening successful projects’ scope.

On Tuesday afternoon, Andrew Cheyne, CAFB Director of Government Affairs, and Stephanie Nishio, CAFB Director of Programs, helped moderate a panel with representatives from the Department of Social Services. Brian Kaiser, CalFresh and Nutrition Programs Bureau Chief, Kim McCoy Wade, Chief of the CalFresh & Nutrition Branch, and Lori Coopwood, Staff Services Manager, discussed their efforts to effectively distribute food to low-income Californians, particularly those in rural and remote communities and listened to the challenges, concerns, and ideas of Conference-goers.

Workshop topics spanned subject matter and sector from food sourcing to distribution, operations to philanthropy, state and federal policy to communications. Given the frequency and profundity of natural disasters that California has experienced in the past two years, food bank staffers showed pronounced interest in building disaster resiliency in their communities. Natural disasters like wildfires, floods, and severe weather patterns are likely to become more frequent, and those most impacted by natural disasters are typically from poor and marginalized communities. This disproportionate impact includes a greater likelihood of being thrust into poverty in the aftermath of disasters. Presenters including Sara Griffen, Executive Director of Imperial Valley Food Bank, and Erik Talkin, CEO of the Food Bank of Santa Barbara County, attested to the reality that rebuilding lives and communities after devastation requires significant advance planning and collaboration between organizations and sectors.

CAFB represents 41 unique food banks, each facing a unique set of circumstances and challenges, but our community is united in our dedication to ending hunger in California. We’re already looking forward to gathering again in 2021!

Thanks to our sponsors! 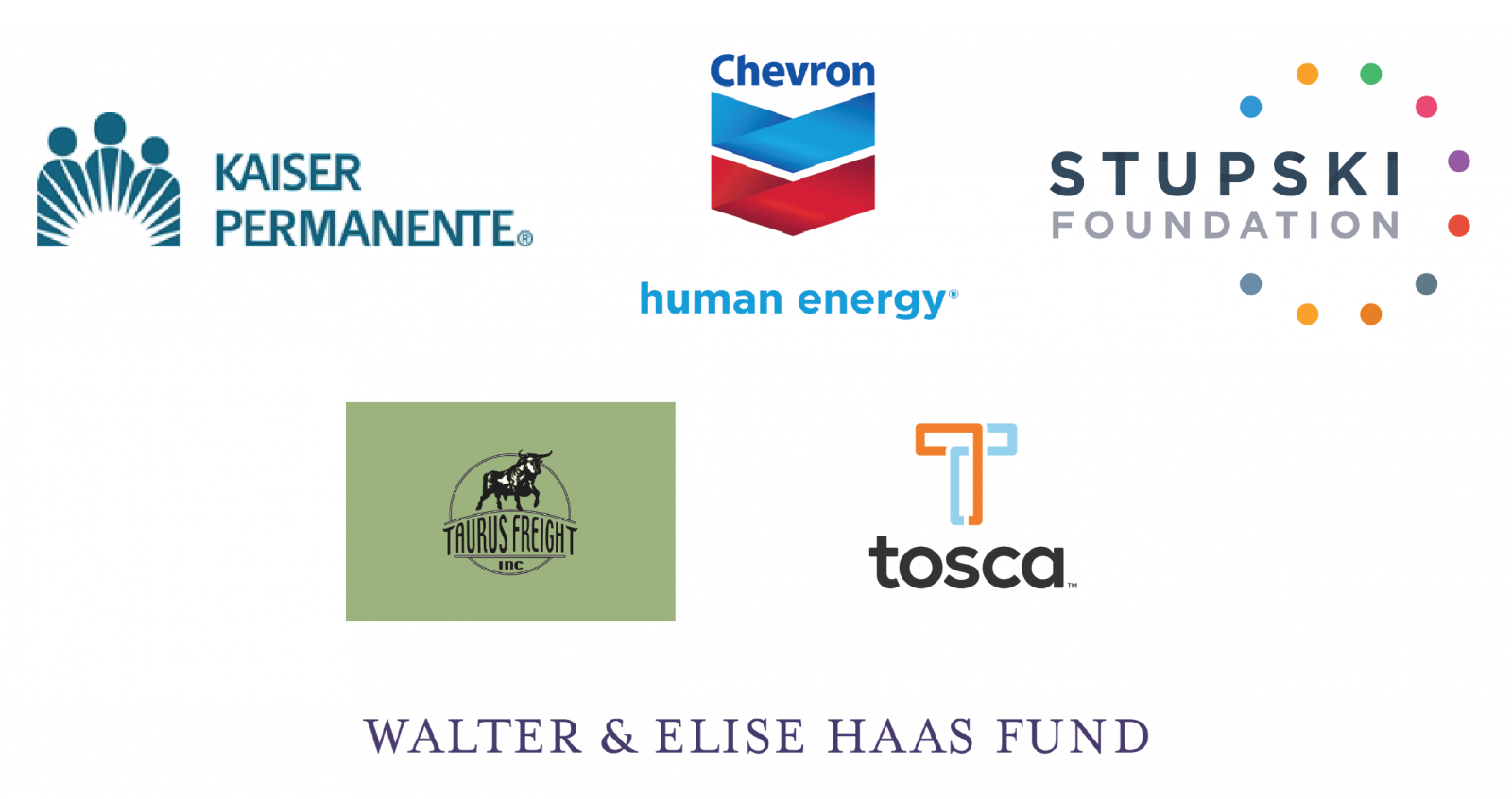 Building on the Landmark School Meals for All Success

CAFB’s Recommendations for the White House Conference on Hunger, Nutrition, and Health